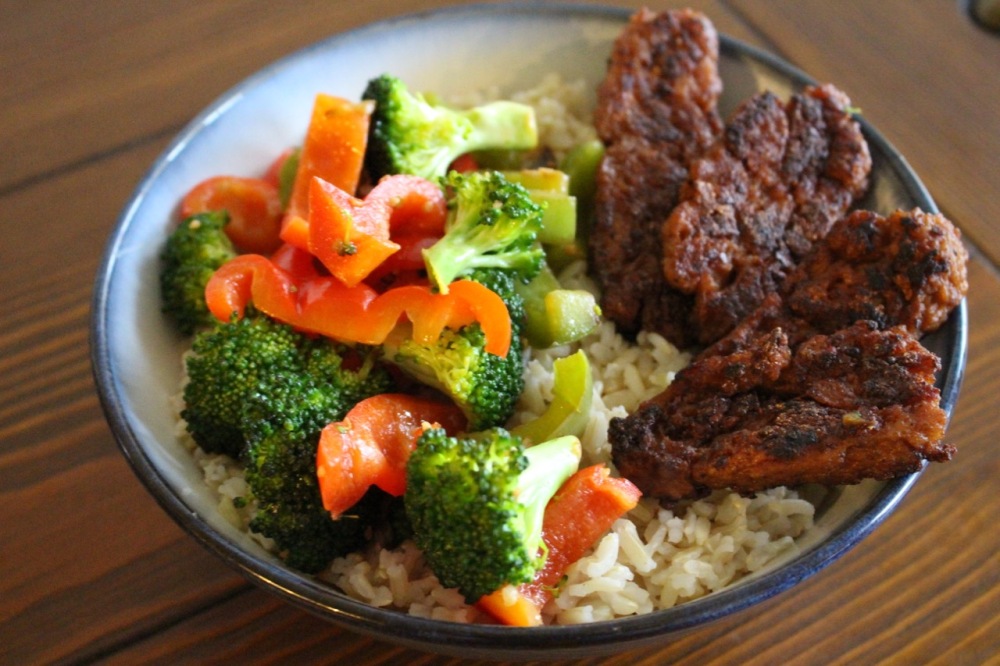 Prep time: 1 hour (rice and seitan can be prepared simultaneously).

As I mentioned briefly in my Halloween recipe, skateboarding has never been entirely separated from satanic lore, whether it’s in jest or symptomatic of legitimate worship (take, for instance, this recipe’s namesake: Santa Barbara’s most infamous skate shop and producer of The Storm-like videos, Church of Skatan).  It’s no secret that skateboarding doesn’t think highly of censorship or sensibility.  As a result, skateboarding history has enjoyed a wide range of offensive graphics ranging from World Industries’ relatively benign “Devil Man,” to more shocking models, like Bastard Skateboards’ “Devil Pope” or Toy Machine’s “Bury the Hatchet.”  I won’t even both bringing up the infamous 101 graphic here.

While there are a few skaters that are rumored to take this following more seriously than others (surprise: Lizard King is NOT one of them), at least one—Natas Kaupas—has had this unfortunate mistaken association trail him for the majority of his skate career.  As told in Seb Carayol’s Agents Provocateurs, Natas has often been mistakenly associated with the dark side simply because his name is “S-A-T-A-N” spelled backwards.   As Natas recounts, however, this is an entirely unrelated coincidence of (a) his Lithuanian heritage and (b) his parents’ backup plan of having a baby girl named Natasha.  While the name may conjure images of a darker force, “Natas” was simply his mother’s improvisation after finding out she was not having a baby girl she could name Natasha; “Natas” was the male analog to the name.

Why am I getting into all this?  Because today’s recipe is the most unfortunate homophone in the vegan dictionary. Every vegan has made their fair share of seitan jokes; simply google “Hail Seitan” to see a plethora of shirts, crafts and recipes.  Seitan (pronounced say-tan) is a high-protein “wheat meat” that—like tofu—can be flavored to mock almost any style of meat.  Though there are varying accounts of its origin, it is cited that seventh century Buddhist monks stumbled upon this dish as an alternative to tofu.  Today, you can find it in most grocery stores and on the menu at almost any vegan-friendly restaurant.

I’ll get the bad news out of the way: first, if you have a gluten allergy, then this dish is not for you, as seitan is primarily vital wheat gluten.  Second, pre-packaged seitan can be extremely high in sodium.  Indeed, many at-home recipes will pack it on, as well.  While sodium can bring more flavor, I recommend sticking with low-sodium soy sauce to make sure you’re not overdoing it.  Now the good news: if you’re wondering where to get your protein, vital wheat gluten is 75-80% protein, making seitan a very high-protein food.  In fact, one serving of this recipe (8 servings total) has about 25 grams of protein.

Now, the even better news: I have enjoyed seitan (a) in restaurants, (b) from grocery stores and (c) made at home.  While the order of similarity to meat from “pretty convincing” to “not fooling anyone” typically follows that order, this recipe–modified from a version from The Happy Pear—is the most authentic I have ever made at home, bought at a store or tried at a restaurant.  While The Happy Pear makes thick, sizzling steaks out of its dough, I found that if you make thinner steak strips and then fry them, they are almost indistinguishable from flavorful steak fajitas. 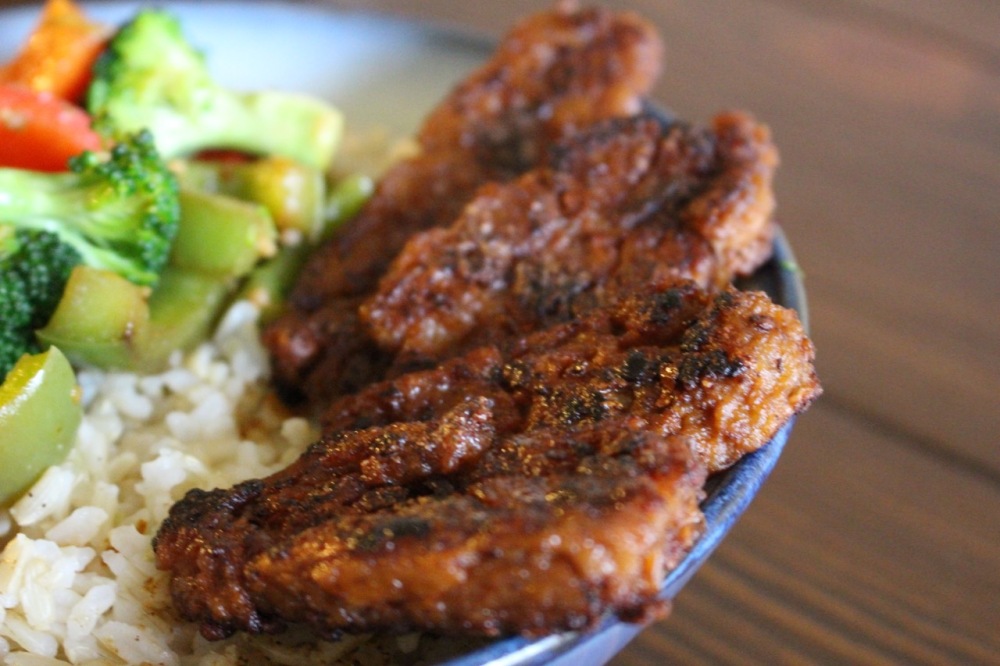 Ready to cross over to the meatless side?  Hail seitan!

DIRECTIONS (If you’re cooking the whole rice bowl, it’s best to start boiling the rice at the same time you start making the seitan – see directions below): 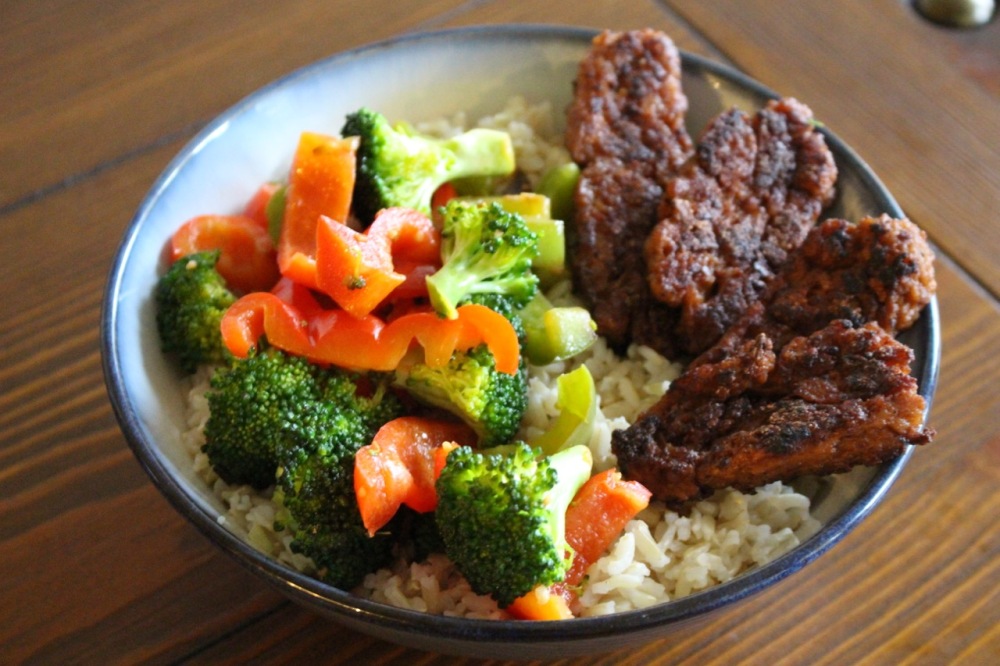