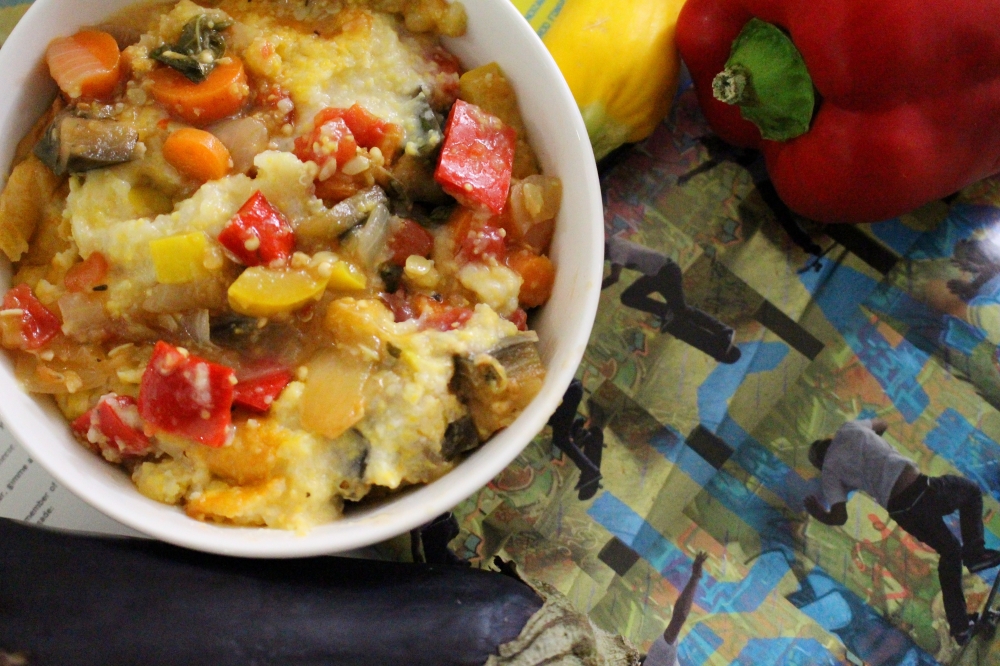 Some of the best moments in skateboarding and cooking come from cultural mashups; for instance, everybody loves watching JB Gillet skate Hotel Du Ville, but watching him take his style to Pier 7 in Deca’s Sneak Preview blew minds back in the early 00s.  Watching just about any Brazilian skater tackle American ledges is an awe-inspiring reminder that their famously quick feet and impeccable coordination are not strictly home-turf advantages.  Perhaps my favorite cross-cultural snapshot, however, is watching Lucas Puig absolutely destroy the train station ledges in Milan, Italy.

You know exactly what I’m talking about: Fully Flared, the shared part between the members of Lakai’s French Connection.  With Puig sandwiching in parts from Gillet and Rousseau to the worlds-apart lyrical stylings of Bowie and Mannie Fresh, this part was (and still is) six minutes of pure jaw-dropping insanity.  While Adidas may now have Puig on its roster, this Lakai part will always stand out in my mind as the superlative example of cross-cultural synergy between France and Italy.

Much like Puig’s attack on the Milan ledges, today’s recipe is the delicious love child of French and Italian flavors: ratatouille and polenta.  While this recipe initially was introduced to me through Forks Over Knives as an eggplant polenta casserole, I find that the flavor and diversity of vegetables used in this variation really take this meal to the next level (that said, if you only have eggplant and bell peppers on hand, I highly recommend the Forks Over Knives original).  If you’ve never had either, ratatouille is a delicious French stew consisting of eggplant, squash, tomatoes, bell peppers and spices like basil and thyme.  Polenta, on the other hand, is a savory dish consisting of essentially just cornmeal (if you haven’t had it, it’s basically grits, but for dinner).  Separately, they are both delightful side-dishes; together, however, they are an impressive meal that combines the savory mouthfeel of polenta with the summer flavors of the ratatouille. 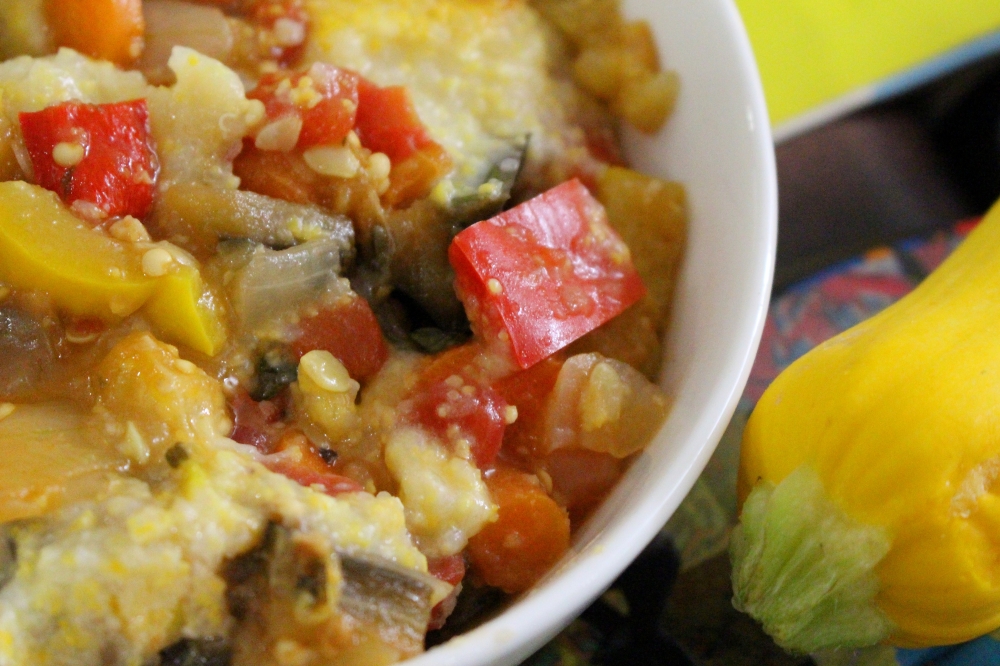 In addition to diversifying the tanginess of ratatouille with the creamy, buttery goodness of polenta, this dish helps you “eat the rainbow” with a wide range of vegetables.  With eggplant, squash, carrots, tomatoes and bell peppers, you’re getting an expanded roster of micronutrients in every bite. You can serve this with some variation of vegan meat or baked tofu cooked in, but this dish will serve as a filling meal all on its own.

In the words of Mannie Fresh, “[flavor] real big!” 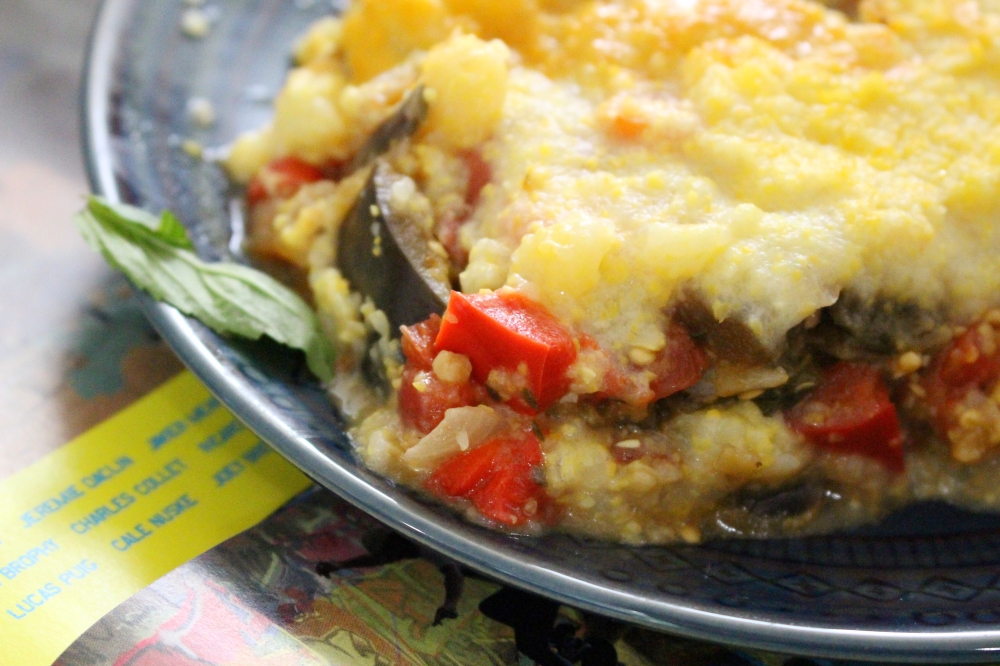