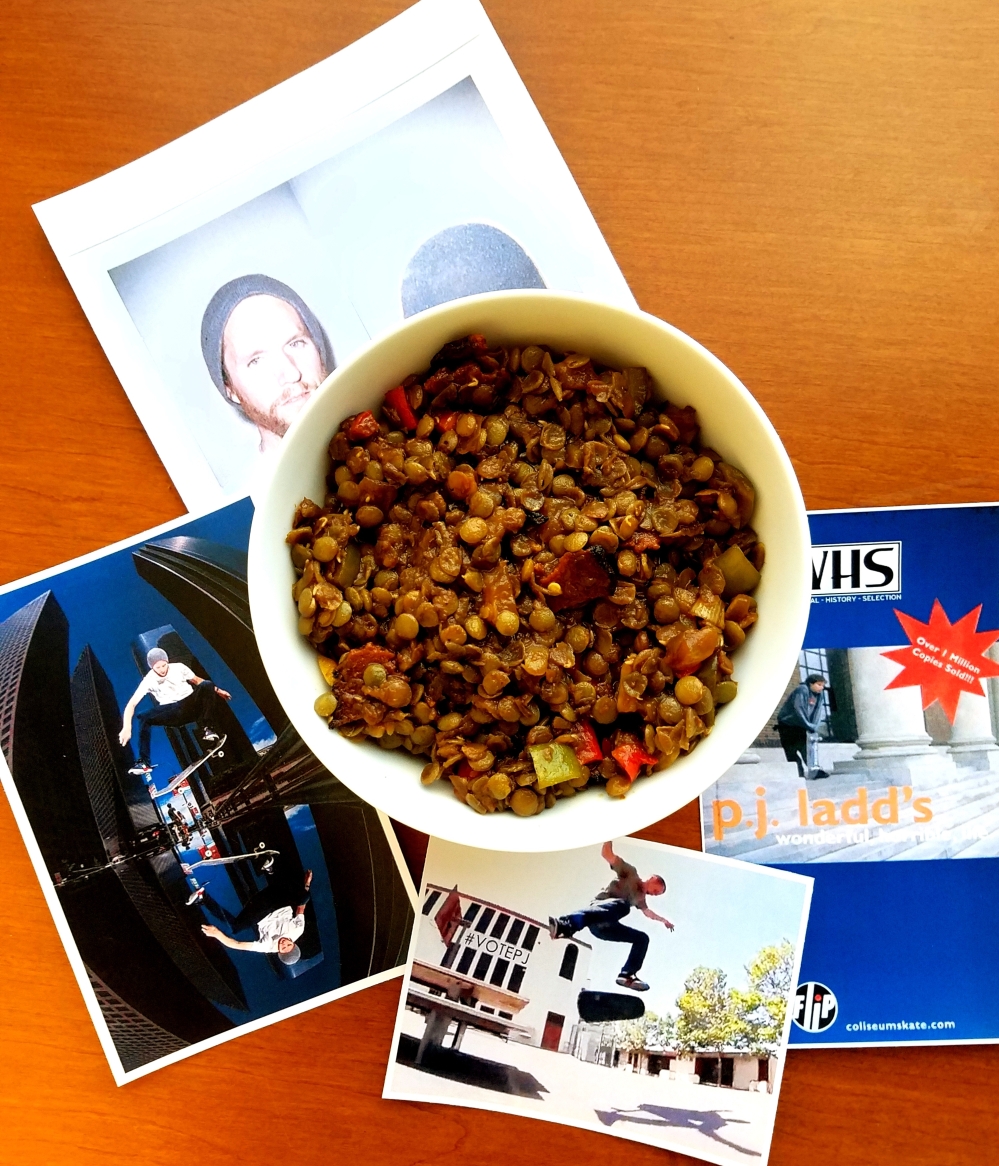 PJ Ladd just released his first full video part since Really Sorry (2003).  This is not a drill.  The part, one of three full-length parts in New Balance Numeric’s newest video, TriColor, premiered today, after a month-long delay from the original premiere date of July 17, 2017.  For those of you that have been skating since the early 00’s, this should be a joyous and momentous occasion.  The Tom Penny of our era just assuaged our groundless and panicky fears that we would never see a full-length PJ Ladd part again (in retrospect, he has maintained a salient presence, sans video part, with his BATB appearances/victories, three minutes of mind-boggling NYC footage, and the occasional titillating Instagram clip).  I, like everybody else, was bummed when PJ didn’t have a part in the Plan B video, but if his upsetting absence from True was in anticipation of his Tricolor part, then it was undoubtedly been worth the wait.

Rather than wax poetic on TriColor, which was both gorgeous and face-melting, I want to harken back to 2002, when PJ Ladd turned the skateboarding world on its head with his part in the eponymously-titled PJ Ladd’s Wonderful, Horrible Life.  Shop videos typically tend to be a little bit more fun and quirky than team videos, but even shop videos nowadays could take note of the comradery, shenanigans, and jubilance in PJ Ladd’s Wonderful, Horrible Life.  The joy of seeing the Coliseum team skate, joke and chill together brought a welcome sense of levity to a skateboarding world still rolling back from the try-hard high water mark of backwards visors.  The video had a sick team, including, among others, the legendary Alexis Sablone, a young Jereme Rogers and the ever-smooth Ryan Gallant.  However, PJ’s part, a true show-stopper, changed skateboarding forever.

If skateboarding can feasibly be divided into eras, then it may make sense to divide skateboarding into (1) a pre-Video Days era, (2) a post-Video Days, pre-Wonderful, Horrible Life era, and (3) a post-Wonderful, Horrible Life era.  While others may have tried (or even successfully landed) some of the tricks PJ threw out in his part, none have made it look as easy or as fun as PJ did.  Only PJ could make a flatground shifty trick look cool, or a seven-trick line—six of which were flatground tricks—look enviable.  Even if any part these days dared to end mid-push, it wouldn’t induce the same desire to skate like PJ’s did.  Combined with just a touch of goofiness, the famous botched flatground kickflip, and Pulp’s Like a Friend, PJ’s part is untouchable.

In addition to making me want to learn to nollie full cab flips, WHL made me want to skate Boston.  From the video, Boston looked like a safe-haven of cooler weather and abundant ledges.  From what I hear, the ledges are not as bountiful as the video would suggest; and from what I see on the news, “cooler” weather means the occasional blizzard.  Still, the appeal of the Boston skate scene, as told by the Coliseum crew, still makes it a bucket-list city to this day.

In honor of PJ’s part (in which he literally never stops pushing) and the Boston skate scene that propelled him into the spotlight, I decided to put a twist on Boston Baked Beans.  Allow me to present PJ Ladle’s Wonderful, Horrible Lentils (Boston Baked Lentils).  All puns aside, there is nothing horrible about these lentils.  I have nothing against beans; as you’ll see, many of my recipes call for beans.  But for this one, I wanted to shift gears and sub lentils for beans to give this meal an extra energy boost.  Due to their fiber and complex carbs, lentils increase steady, slow-burning energy.  You may not be able to skate like PJ (few, if any, can), but this dish should give you the energy to end your session with a push like he did (additionally, the fiber in lentils help lower cholesterol, reduce the risk of heart disease and stabilize blood sugar). The other benefit of subbing lentils for beans is that they cook much quicker.  Rather than soaking the beans overnight and then waiting hours on a slow cooker, the lentils cook in just 30 minutes and can then be baked (as the recipe name suggests) with all the other ingredients.  What looks like a complex dish is actually exceedingly simple.

Typically, Boston Baked Beans include bacon.  For obvious reasons, this recipe does not call for bacon.  Instead, I used Sweet Earth’s Benevolent Bacon (seitan bacon—and if you’re wondering what seitan is, I’ll be posting on it soon).  If that’s not available at your local grocery store, feel free to use any other veggie bacon, or no bacon at all.  This recipe is so delicious that my wife and I were halfway through our test meal when I realized that I never added the bacon. It’s a delicious complement to the meal, but you won’t be selling yourself short without it.

I know that seems like a lot of ingredients above, but cooking this dish is far more simple than it seems.