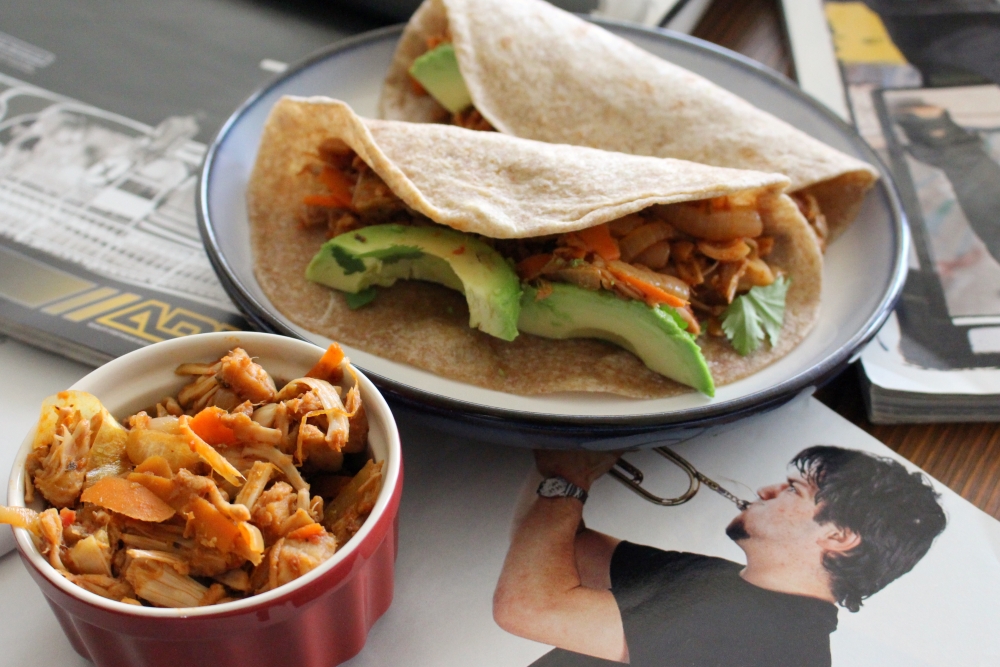 There was a time when skating and stupid shenanigans were synonymous; all through middle school, the statement “I skate” was followed by the question, “so, do you, like, film those Jackass videos?”  Yes, the intersection on the Venn diagram was minimal, but enough to link the two, much to the chagrin of straight-laced skaters everywhere (all ten of us).

Now, this is not to say that Jackass was all bad for skating; first we should just acknowledge that Bam has always ripped and skateboarding would be undeniably incomplete without him.  Second, Bam was not the only star with a connection to skating; if you hadn’t already seen it, Steve-O just landed on The Nine Club and put out a video about his love affair with skating.

I was doing a bit of reading for this recipe and came across an interesting tidbit about the one (just one?) stunt that Johnny Knoxville regretted.  And, surprisingly, it’s not the paper cut scene.  No, the one that Knoxville regretted was the one in which Steve-O put a fish hook through his cheek and used himself as shark bait. Now, you might be thinking that the hang-up was having his friend put a f***ing fish hook through his cheek, but according to Knoxville, that was a great opener; the hang-up was because he didn’t see a way to end the sketch and therefore felt it was lacking comedically.

Cool with the hook though? Just checking.

Well, this week’s recipe has a connection to cheek meat as well. While I’ve never regretted cutting animal products out of my diet, there are, admittedly, a few meats I find myself craving from time to time–particularly barbacoa.  If you’ve never tried barbacoa, it’s typically made from the tongue and cheek of a cow.  Grotesque as it sounds, once it’s cooked for days in a hole in the ground and spiced to perfection, it’s delicious.  But alas, this is not a blog about meat; it is a blog about plant-based recipes and therefore any barbacoa I espouse can’t involve the tongue and cheek of a cow. 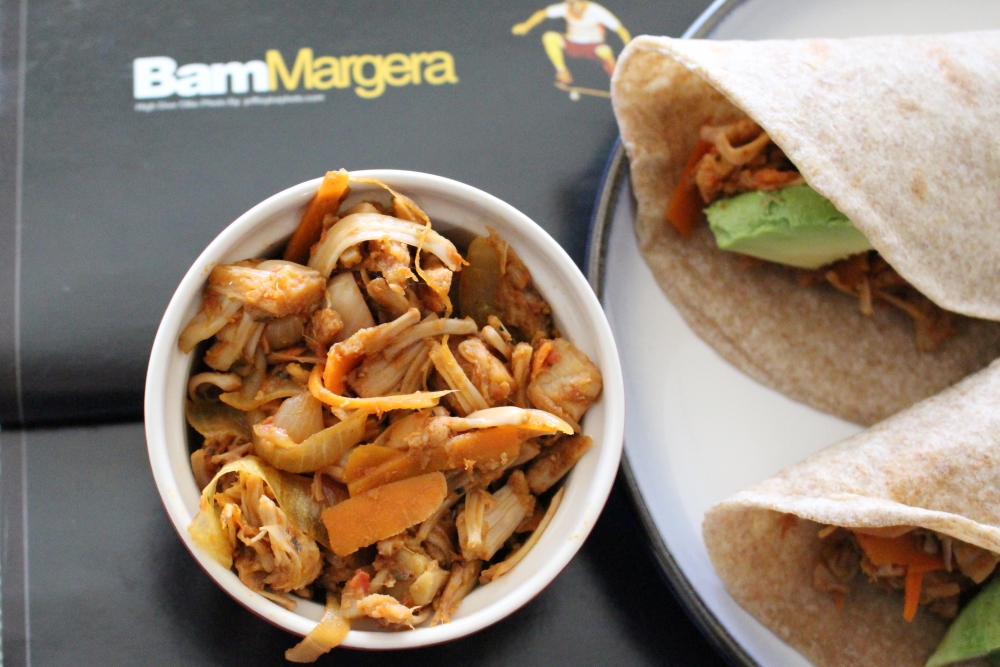 Those of you in veggie social circles may already know about this marvelous fruit.  The jackfruit, native to western India, is a nutrient rich fruit that, when green, has a remarkably similar texture to pulled pork (so similar, in fact, that it’s referred to as vegetable meat).  It has been rising in popularity the last few years, often seen in BBQ flavored packets in Sprouts for the price of a Maserati.  Thankfully, if you buy it at Trader Joe’s in unflavored cans, it’s much cheaper and you can flavor it yourself without much of a hassle.  The consistency of green jackfruit makes it the perfect barbacoa substitute; it pulls apart like tender meat and soaks up the rich flavors of onions, carrots, chipotle peppers and green chiles without having to let it cook for days (unlike traditional preparation).  “Barbacoa” tacos that are high in vitamin C, potassium, fiber and beta carotene? Believe it. 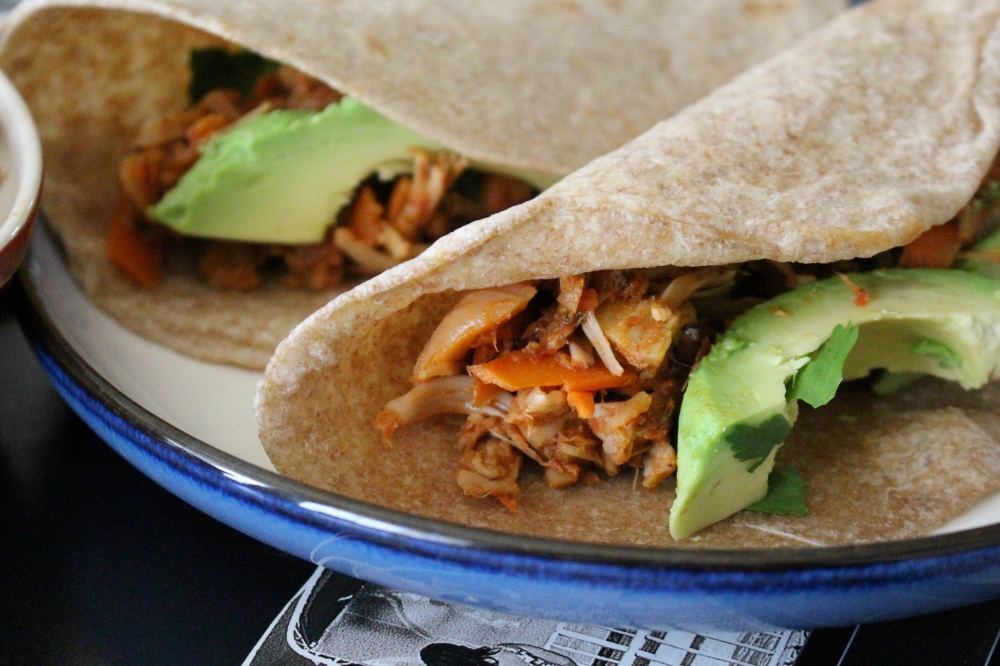 And better yet, there’s no cheek trauma necessary (sorry, Steve-O).